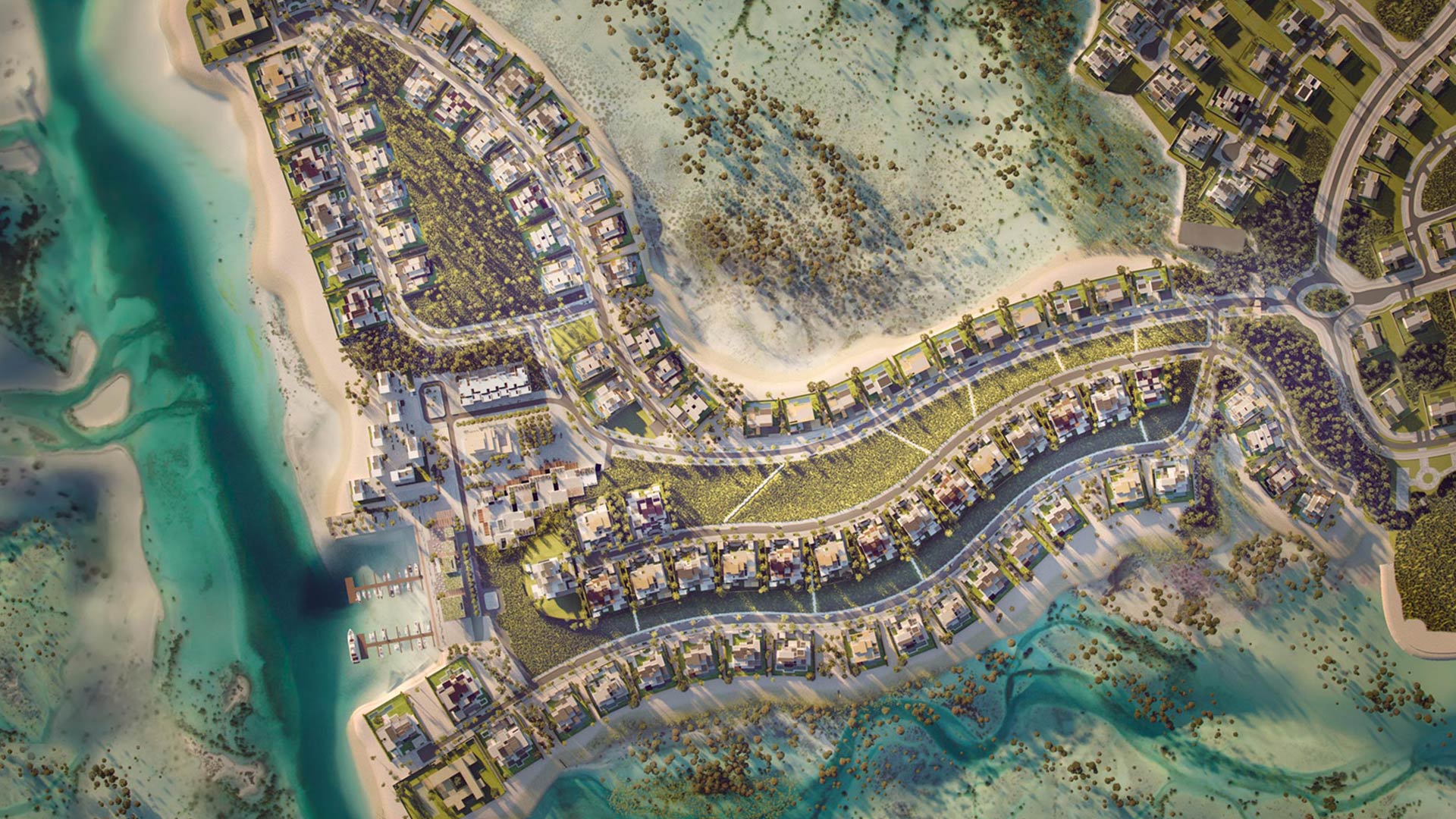 The scheme has been developed as distinct clusters with good privacy and shared amenities.The existing Jubail Point Masterplan is set in a nature reserve and provides a mix of uses from private villas to a hotel, retail space, civic functions including a community centre and mosque. The residential scheme consists of large villa.The masterplan also incorporates green strips with mangroves which run through the scheme around which is placed the residential development.

Although the masterplan has generally been successful in terms of the layout of the villas, our main concerns is related to the public realm and in particular the separation of the Marina from the Civic Functions. These issues have been addressed in the two options we have considered both of which help create a ‘community cluster’. 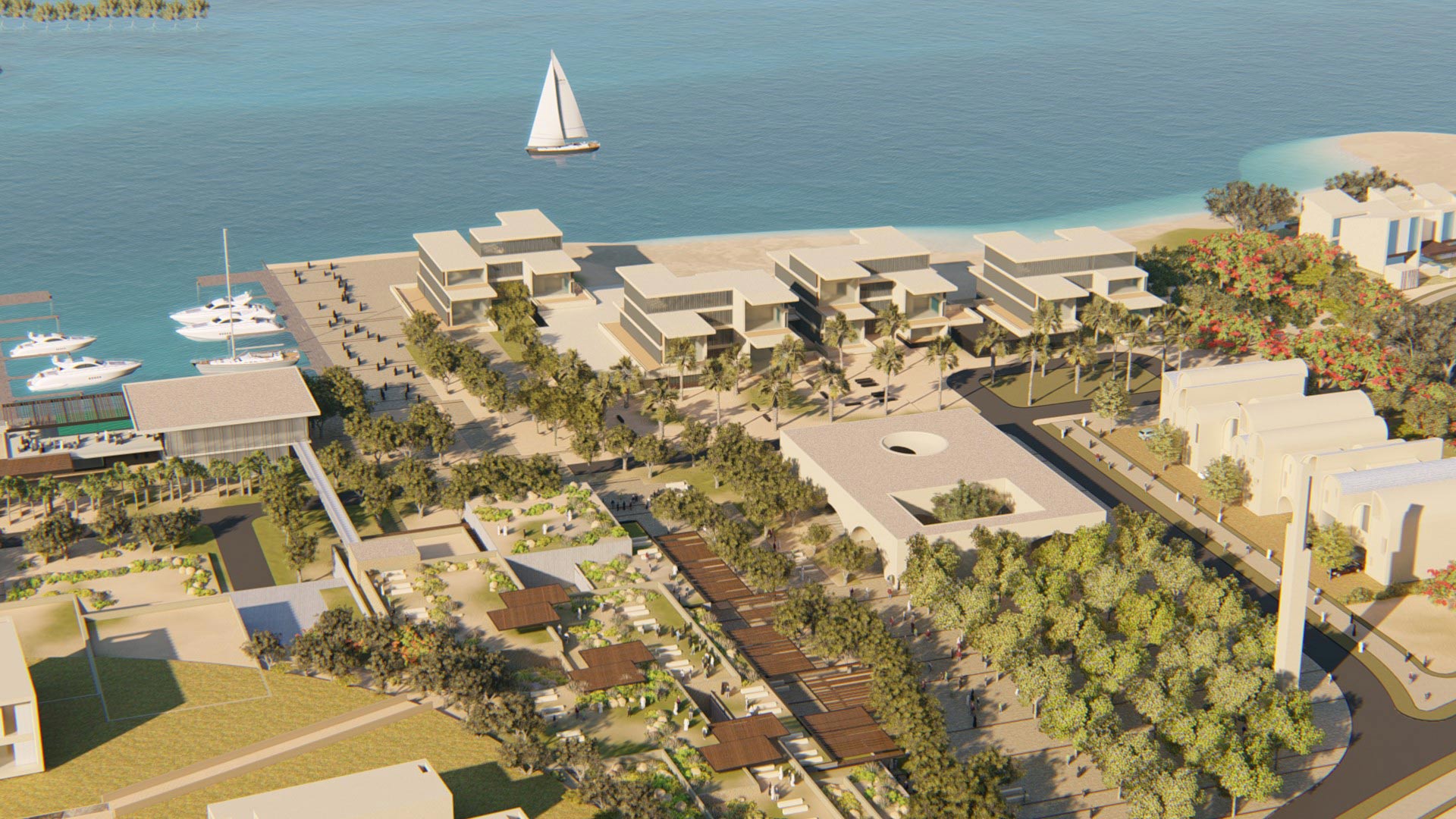